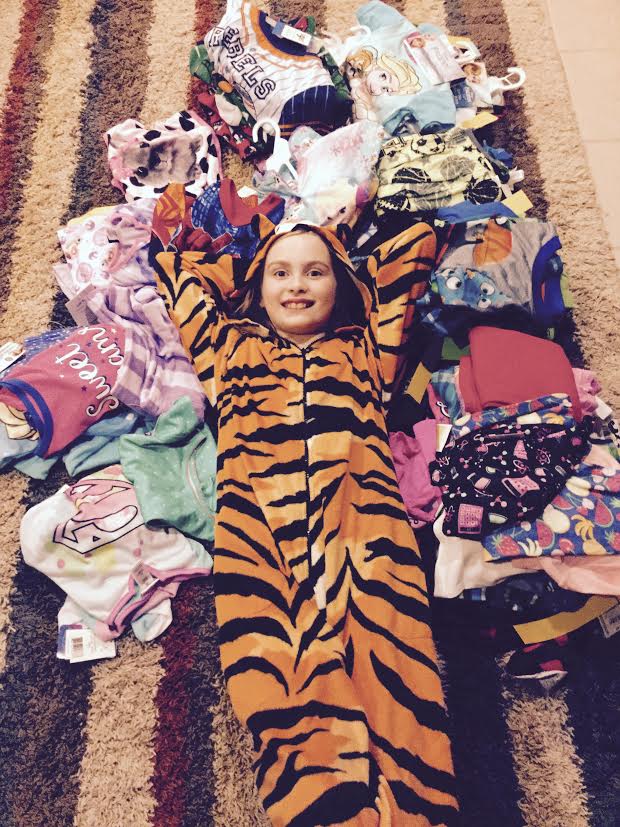 Tabetha, a fifth grader at Meadowview Elementary School in Farmington, MN was assigned a choice project for her IDEAS class. The directions were to choose to explore something that you have a passion for doing. Tabetha chose to do a service project to help other kids. After some searching she decided on Pajama Program. Tabetha has met several foster children through a family friend and the idea of the kids having something to call their own really hit home. She spoke with her principal and received permission to organize a school wide pajama drive. She sent out email introductions to staff members and students and made a detailed plan to get the word out about the pajama drive. She delivered decorated boxes to each grade level and collected any pajamas received each night. She also did advertising in a flyer as well as on the school TV news. To celebrate Pajama Pogram, Tabetha scheduled a school wide pajama day for everyone to dress in pajamas.

Tabetha collected 103 pairs of pajamas to donate to Pajama Program.

This was an amazing assignment and she learned a lot about planning, advocating for the needs of other kids, and had a lot of fun in the process.

Help us support good nights for good days for all children, everywhere.
Donate